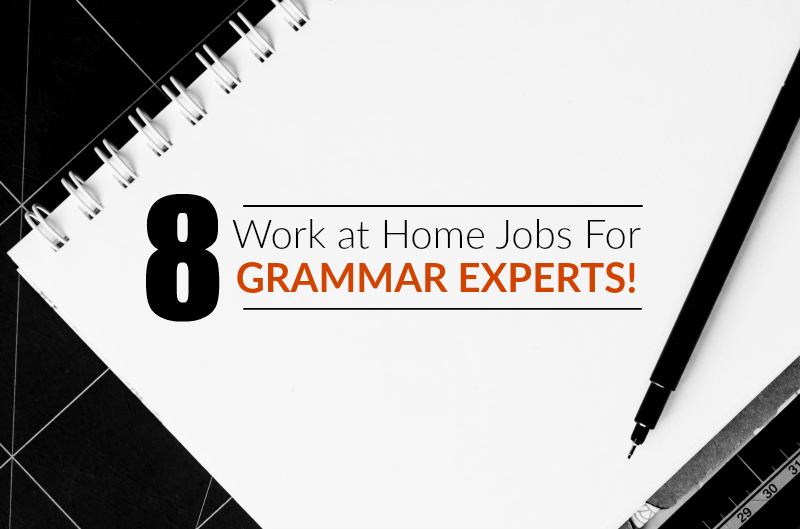 Do you have a good command of the English language? Would you like a work-at-home job that would utilize your excellent grammar skills? Are you constantly on the lookout for these opportunities? Well, then this article will offer suggestions as to what types of jobs might help you use your grammar expertise.

What or Who Is a Grammar Expert?

For the purposes of this article, a “grammar expert” is being defined as anyone who must use his/her grammar skills to meet the work requirements or preliminary screening of a job or contract.

What Are the Best Work at Home Jobs for Grammar Experts?

Here is a list of work at home industries where good grammar skills are a must. Note that clicking the link for each industry will take you to a list of companies actually hiring for these positions.

What If You Are Not a Grammar Expert But Need to Become One?

Maybe you have applied to one of these above-mentioned types of jobs and were turned down due to a grammar test or assessment. Like any skill, grammar can be updated, relearned or even just “refreshed” or reviewed.

First, find out what your weaknesses are. You can always go to a site like English Test Store and take free tests.

There are also many books for download on Amazon for doing just that—improving your grammar. Additionally, don't hesitate to use Grammarly or any one of the grammar checkers before turning in your work.

Even grammar experts need to occasionally look up something for clarity, and language is always evolving. With just the right amount of practice, you can improve your grammar to the point of landing one of the many “grammar expert” jobs.

Want To Work For Yourself With Your OWN Proofreading Business? You Can!